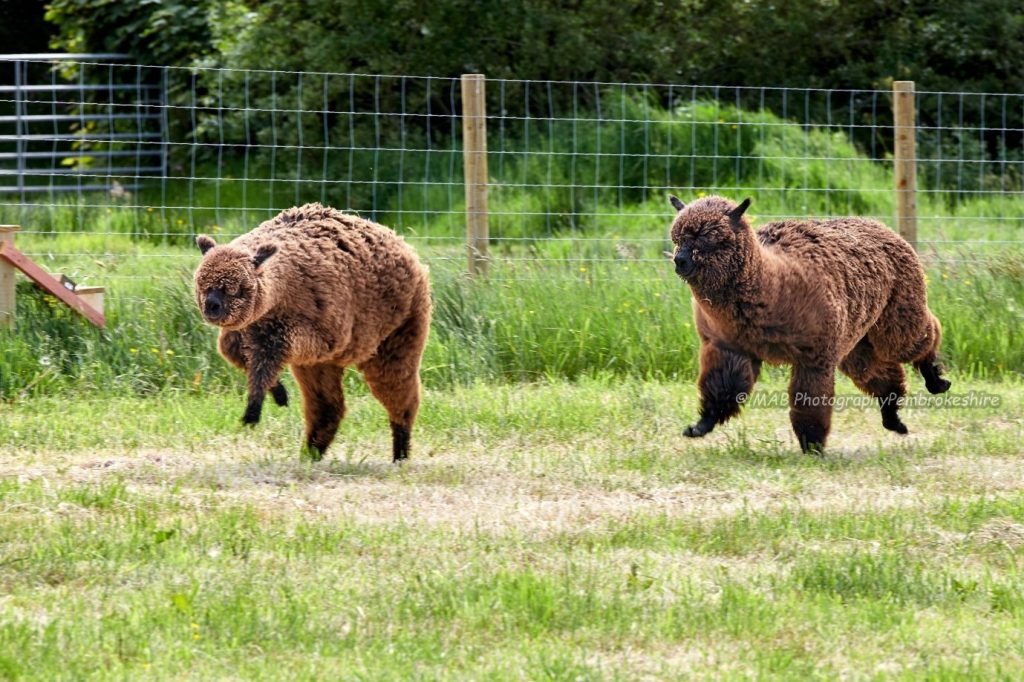 What do you do with an alpaca?

It’d almost be easier to answer: “What can’t you do with alpacas?”! They’re probably the best livestock investment in the world: even small herds can be financially viable so they’re perfect for hobby farmers or for people with smaller alpaca-friendly spaces available. Wethers (neutered males) make great pets for people who prefer the more outdoors-y sort of furry friend and aren’t looking to breed their alpacas or farm them commercially. Alpacas can be easily halter-trained and, whether or not you’re looking to make a bit of pocket money from their luscious wool, they’ll reward their owners with an annual fleece. Their wool’s some of the most sought-after on the face of the earth; the luxurious fibre can be shorn each year and sold as raw fleece or can be manufactured into yarn or fabric (or why not get yourself a spinning wheel and learn a relaxing and traditional new skill?!). Besides everything else, they’re just lovely creatures to have dotted around your landscape – something a little out of the ordinary!

Why do alpacas come in groups?

As herd animals, the more alpacas you can have together, then the happier they’ll be. They’re used to hanging out in big herds in the wild, for protection against predators (we wanted to make a rubbish joke about ‘herd immunity’ here but honestly, after 2020, if we ever hear that expression again, it’ll be too soon!). Of course, alpacas don’t know this but there’s another key advantage to living in a large group, and that’s genetic diversity: they’re normally sold in pairs, either as a pair of non-breeding males or a pair of breeding females. It’s not normal practice to sell alpacas as breeding pairs because that would limit the genetic capability (basically, it could cause genetic weakness like vulnerability to disease) for future alpaca generations. At Sweet Home Alpaca, we don’t sell herds of fewer than three as we feel this is best practice.

Are alpacas different from llamas?

As we know, alpacas love family – they like nothing more in life so much as a nice, big herd. So, it’s good news for them that their extended family is also huge! They’re part of the camelid family, which includes llamas, guanaco, vicuna and, of course, camels. Looks-wise, their closest relatives are llamas, which are bred mostly as pack animals. The much smaller alpaca is bred primarily for its gorgeous fleece, of which they have a greater variety and finer quality than their larger cousins (who weigh in at about 22 to 33 stone – around 150 to 210 kilograms).

Why the long neck?

This might seem a bit of an odd statement, but alpaca necks are long simply because their legs are long. Alpaca’s legs are perfectly designed for their natural habitat and they’re especially long so that they can run fast to escape predators (not an issue ours here at Sweet Home Alpaca have – but they do enjoy a group ‘pronk’-jog). Having long legs also means that their vital organs are higher, away from the ground and out of immediate reach of smaller predators jumping up from below. Because they have these long legs, they need long necks so that they can down to graze on tasty grass. While they do happily kush (kneel and sit), their chances of survival in the wild would be much lower if they had to spend extra time standing up before they could run away from a surprise predator.

Can you graze alpacas with other animals?

Absolutely yes! While alpacas have been a bit of rare site in Britain, we’re sure you’d have seen more and more around – and you’ll often see them happily hanging out in the same paddocks as chickens, sheep, cows, or horses. They’re even happy with visits from familiar and well-behaved dogs.

Can alpacas be used as sheep and chicken guards?

Not just handy as lawnmowers, sheep companions and fabulous fleece-producers, some wethers from down under have even taken to watching their humans’ sheep flocks – and they’re very good at it! A herd will come together to see off single dogs and foxes on the prowl. They’re great year-round but will be particularly protective during their own unpacking season (we love that term for an alpaca herd’s cria-birthing period!). Even chicken farmers have had success with this; alpacas naturally guard against and fend off pesky foxes, which also helps to keep the chickens less stressed so they can produce more eggs.

Why do alpacas need to be sheared?

Although alpaca wool is known as some of the finest in the world (check out the price of alpaca-wool scarves if you don’t believe us!), shearing is also important as an animal welfare issue. This is because alpacas don’t naturally shed their fleece – so, even if you have your alpacas as pets and aren’t interested in their fleece, you’ll still regularly need to have them shorn so that they can stay comfy and happy.

Ok, I see what’s wonderful about alpacas – but what’s the weird stuff?

Why do alpacas poo in the same place?

Pretty unusual for herd animals (although this is something they have in common with llamas), alpacas naturally create a communal toilet area for themselves. We love this about them because it means it’s nice and simple to keep their habitat healthy (better than poo-picking entire fields, anyway…) but some are less keen on this habit – imagine if your entire herd decided your patio was the perfect poo spot! But there are upsides; because of their predisposition for using a communal dung pile, it is actually possible to successfully ‘house-train’ them. Alpaca dung is also fantastic as compost – and alpaca fertiliser tea or what we call Pukka Paca Poop, is perfect for giving your seedlings a jump-start in life. Much as we love a cuppa, though, we’d recommend against sipping this one – leave it for the flora!

Why do alpacas hum?

We’re biased, of course, but we think you’ll agree that alpacas are incredible creatures and, for us, one of their most charming traits is their humming. It’s the most frequent sound you’ll hear them make and it really is so special. They’ll hum to express how they’re feeling, and, for such quietly clever creatures, that could be any number of feelings! You’ll hear them make the cosy noise when they’re wondering what’s going on, when they’re happy (lots of grass and friends!), when they’re nervous, scared or upset, when they think there’s something to be cautious about – and even when they’re just plain bored. Alpaca humming has different tones for each of these feelings; when they’re in danger or have been startled, for example, you’ll hear a staccato braying. One of the close-knit (no pun intended…) herd will start to hum and that’ll be picked up by each herd member in turn, in a sort of Mexican wave towards the direction of the threat, until each and every herd member is humming away and they’re all alert to the danger. Besides humming, they constantly communicate with each other through body language; it doesn’t take long for us humans to understand our herds very well through their body language.

Why do alpacas spit at humans?

Along with camels, one of the things everyone seems to know about alpacas is their anti-social spitting habit! But to alpacas, of course, it’s not anti-social at all; as with everything in nature, there’s a good reason for it. Alpacas spit when they feel threatened or when they’re distressed and, as they’re herd animals always protecting each other by being on predator-watch, they will sometimes think that human visitors are out to get them. But don’t worry – they’re really inquisitive and very gentle creatures; spitting, particularly at humans, doesn’t happen very often at all apart from our alpaca Adelphi who is a little bit of a grumpy girl.

Ok, there is also an element of the anti-social here because alpacas will sometimes spit at each other! This is usually when they’re in competition for some tasty chow or are establishing dominance over one an another.

PrevPreviousAlpacas: Let’s get down to business
NextWhat are alpacas, exactly?Next 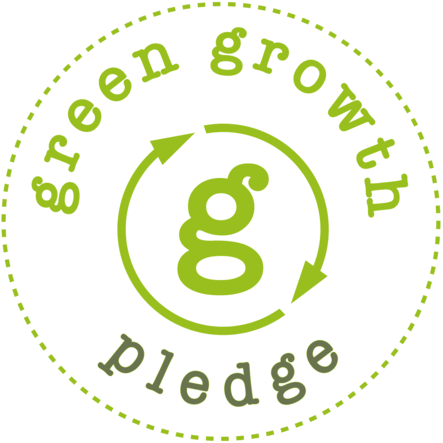 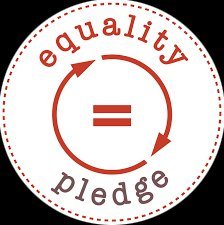 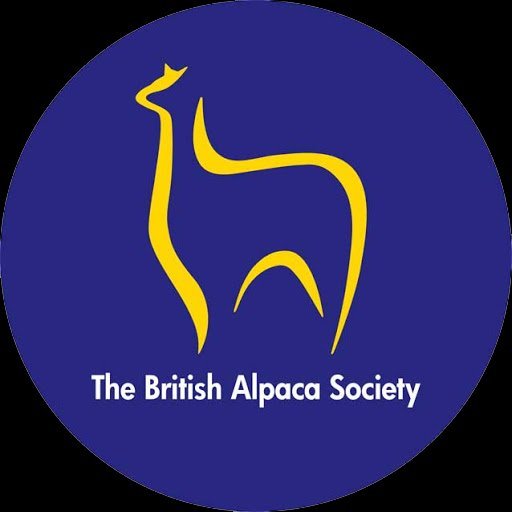